Eddy Nugent and The Map of Africa 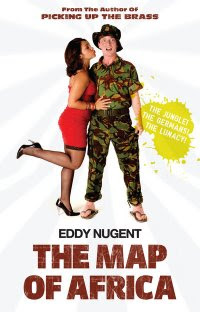 If you enjoyed "Picking Up The Brass" by Eddy Nugent as much as I did (reviewed here), then you will love his sequel "The Map of Africa" where young Eddy is sent to cause chaos and mayhem, as he is posted first to the jungles of Belize and then Germany, to face the might of the Soviet Union with a few battered old Land Rovers. Unlike most sequels he doesn't run out of material halfway through and it's every bit as entertaining as his first book.

I'm not giving much away by confirming that there are no gruelling descriptions of SAS Selection or steely eyed killers moving silently through the darkness and Eddy is certainly not sent on any secret missions behind (or indeed anywhere near) enemy lines. He is to be found instead shirking, drinking and generally getting into trouble with his friends.

Basically you'll laugh a lot if you buy it. So do so this minute.

Have read and enjoyed it (almost peed myself at some points). Tho not being a squaddie in the 80s in the UK Army, I was in another arm of the military about this time and I can empathise with a lot of what Eddy gets up to. Gets slightly cerebral (for Eddy) at some places but all good fun and a real blast from the past!

Thanks, got both the books yesterday,read PUB, very accurate and funny representation of the army in the 80's. I was there. Laugh out loud books.